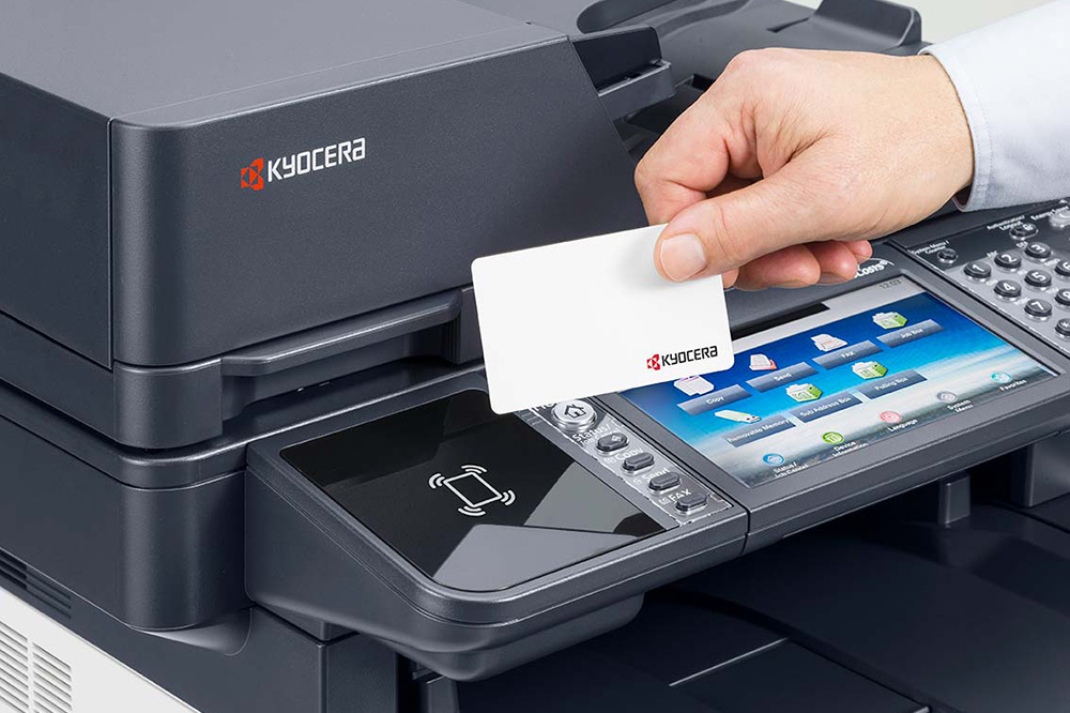 Have you started thinking of finding a possible replacement for your old and worn out copier? Are you stuck wondering if you should continue with the same copier style or move up to the functionality of a multifunction printer instead?
Hold on. You’re telling me they are not the same?

There sure is! Office copier and multifunction printers practically offer the same basic functions for your daily office use, but the term to describe each of these machines have different connotations.  The only thing they have in common is that they are both capable of producing paper copies quickly and that they both require toner to operate. Aside from that, everything else is different. So your probably wondering what the differences are between a copier and a multifunction printer. Well, there are probably more than what you originally thought.

Copiers are your standard standalone office equipment that can really only do one thing (make copies). Multifunction printers (or MFP’s for short) live up to the name they were given. MFP devices can print, make copies, scan, fax, and perform some smart functions. Some of the older copier machines may give you the option to print in color or just in black and white. With a multifunction printer on your side, you can handle both modes and switch in between with just a few simple setting changes. Now depending on the brand and model that you purchased, you might also be able to produce high-resolution prints if desired.

Copiers, in general, have been known to print your documents much faster than a multifunction printer, but it’s something you won’t probably notice if you are hard-pressed on printing just a few documents. When it comes to speed differences, there really are no distinct differences between a copier speed and a multifunction printer speed. The only time people care about the speed of the machine will be when they have to print large volumes of documents in a short amount of time.

With the myriad of functions and capabilities, these multifunction printers can bring to the table, people have slowly started to steer away from the standard copier. Another big reason why many office employees are in favor of these MFP’s is that they allow them to scan printed documents and email them directly to their inboxes so they can have a PDF version for easy filing. Copiers are mostly used for any heavy-duty printing where you are pumping out thousands of copies in a small amount of time. But with more and more people turning to MFP’s to handle their daily office work, they are becoming harder to find. Additionally, with more people going green to minimized paper use and finding ways to reduce costs, the multifunction printer is becoming the industry norm.

When office equipment manufacturers started rolling out with multifunction printers, they were cumbersome and difficult to use every time they wanted to print, scan, or use a different function. However, over the years multifunction printers have been redesign to make them more user-friendly through the use of touch screens and applications. Your everyday run of the mill copier will have a variety of buttons and settings making that much more difficult to navigate. Your modern Multifunction printers, on the other hand, were built with the user experience in mind allowing people to make quick prints or copiers with a simple press of a button.

As stated earlier, more businesses are choosing to purchase MFP’s not only because they are so versatile, but because every year they are also shrinking in size. A copier is typically bulky and needs a lot of room to operate (hence the phrase “copy room”). Depending on the level of printing that you do your standard MFP’s might be small enough to fit on a desk and be carried by one person. It’s also good to remember that they get bigger and heavier when you start adding additional features like extra drawers, a finisher, or when the PPM (Pages Per Minute) goes up.

Before choosing a copier machine or a multifunction printer you need to keep in mind what the intended use is. If you plan on making a bunch of copies per week and go through a ton of reams in just a few days, you will be better off just getting a standard copier. But if your copies require high resolution with dynamic colors and use printing more sporadically, then you should defiantly take advantage of the multifunction printer. If you are still not sure what you are looking for, reach out to one of our professionals at Compare Business Systems for a free, no-obligation consolation. Our experts will help assess your current needs and wants so we can better determine which option will be best for your business. On the off chance that you are one of the few people who got a lemon for a copier, make sure that you take advantage of our free upgrade program for new customers. Just make sure to ask us about it the next time we are in contact with you.

The True Value of Maintenance Agreement For Your Multifunction Printer

8 Questions To Ask Yourself Before Choosing A Copier